An Update with Strangers 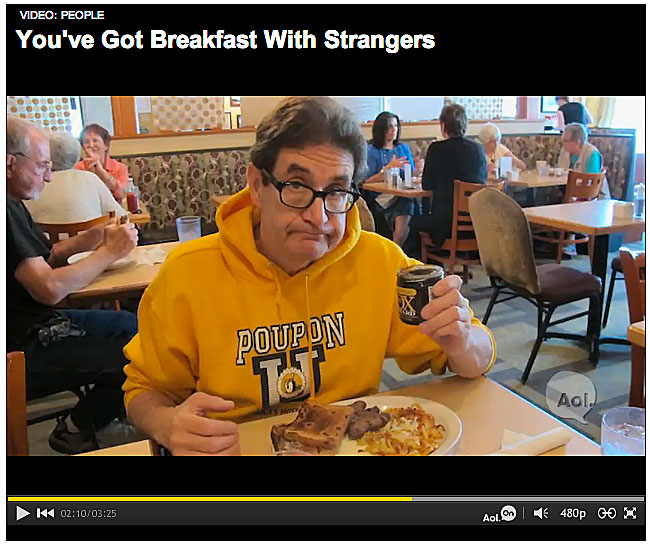 You may recall last summer the Curator had breakfast with the cross-country honeymooning “Breakfast with Strangers” couple. Matt Webber and Courtney Dillard embarked on their unique trek with the intention of connecting with people they didn’t know. Their honeymoon travels in their 1997 Ford Aerostar resulted in about 58 breakfasts with complete strangers over roughly 5 months. What made it fascinating was, as Courtney says, “everyone has their story… you pass people on the street or you see them in the cafe, and you really have no idea what’s under the surface.”

Well, their breakfast with the Curator last summer obviously had a strange influence on these strangers. The story of “Breakfast with Strangers” was picked up by AOL.com. They were featured as the subject of one of their “You’ve Got” video shorts. The “You’ve Got Breakfast With Strangers” video gets the inside scoop on their journey… and, along the way in telling their tale, Courtney mentions that her favorite breakfast was with “Barry in Wisconsin”.

The Curator’s story was wacky enough and memorable enough to get special mention during their AOL video feature. We just love their concept and this inspiring story. We are strangers no more. 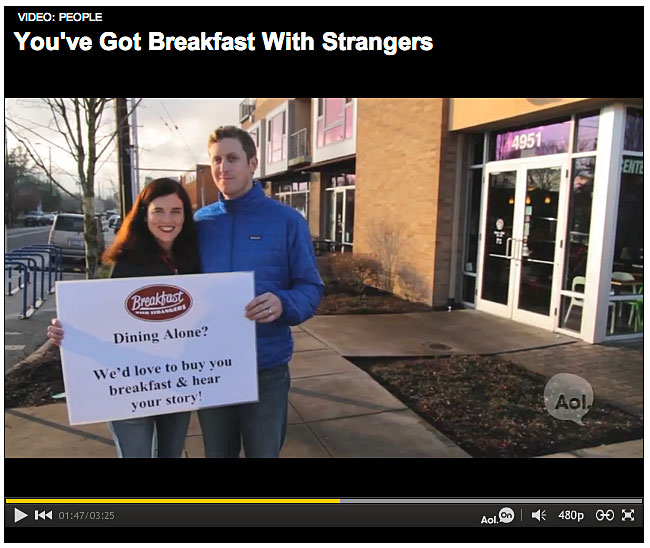 “The most profound thing we learned is life is richer when you take risks. The happiest people we sat down with at breakfast were those people who had taken risks. Some of them had been successful some of them had failed, but all of them lived with the sense that they had tried… when you’re at a crossroads and you have an opportunity to say yes to something, or make a bold choice, you have to go in that direction. That was easily one of the better take-aways from this trip.”

We couldn’t agree more. And we couldn’t resemble those remarks any more. Congrats, Matt & Courtney!

Watch the Video
Visit their site
This entry was posted in The Curator's Curiosities. Bookmark the permalink.