Phrase it in the form of a question.

The quintessential quiz show Jeopardy! featured the National Mustard Museum on its episode that aired on May 18, 2022. This marks the second time they’ve turned to mustard & the Mustard Museum to challenge their contestants. Nearly 10 years ago in December 2012, we were also featured on the classic game show. You can read about it here.

This time, from the “Museums for Foodies” category, the $200 answer was “Hot diggity dog! A Middleton, Wisconsin museum has over 5,600 jars & containers of this condiment from 80 different countries”, to which Ryan buzzed in ahead of Adriana and Audrey to correctly answer (in the form of a question), “What is mustard?”

Yes, what is mustard… indeed, it is the King of Condiments and now a two-time Jeopardy! question, errrr, answer… clue? You know what we mean. In a delicious bit of irony, right after this edition of Jeopardy! aired, an episode from the second season of You Bet Your Life with Jay Leno was on. As with the original 1950s version of the show that starred Groucho Marx, the show revolves around a “secret word” (or “woyd” as Groucho used say) that is revealed to the audience. If one of the contestants says the secret word, they win a $500 prize. So, what was the secret word on this particular episode immediately following the Mustard Museum-clue episode on Jeopardy? You guessed it… it was ketchup. You can’t make this stuff up. 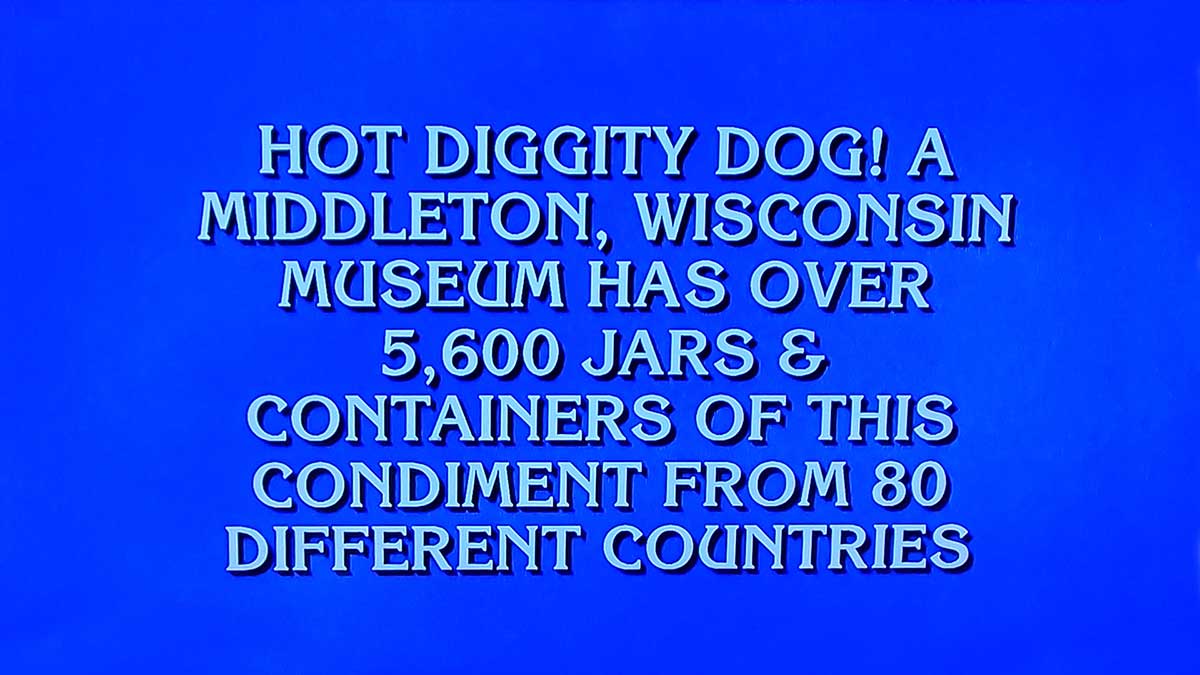