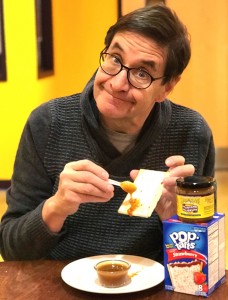 YES!!! The Curator is not a big fan of Kellogg’s Pop Tarts. They’re just a too sweet for his taste, especially the frosted ones. But if he must eat one, he needs a good sweet hot mustard to make it not just palatable but downright delicious. He recommends Slimm & Nunne Sweet & Nicely Hot Mustard (SLN100).

But the Philistines at Kellogg’s apparently do not approve. When an Illinois man tweeted about his preference for mustard on his Pop Tarts, Kellogg’s tweeted back and asked the Illinois State Police to intervene. Seriously! http://www.foxnews.com/food-drink/2017/11/30/pop-tarts-alerts-police-about-illinois-man-who-spreads-mustard-on-his-breakfast-pastry.html

Then the Dixon Illinois Police Department got into the fray and tweeted their support for Kellogg’s: “Ain’t nobody puttin’ mustard on their Pop-Tarts in Illinois.” https://twitter.com/DixonPolice/status/935884096257044480

The Dixon PD should be going after the real criminals in Illinois – the ones who put ketchup on their hot dogs. 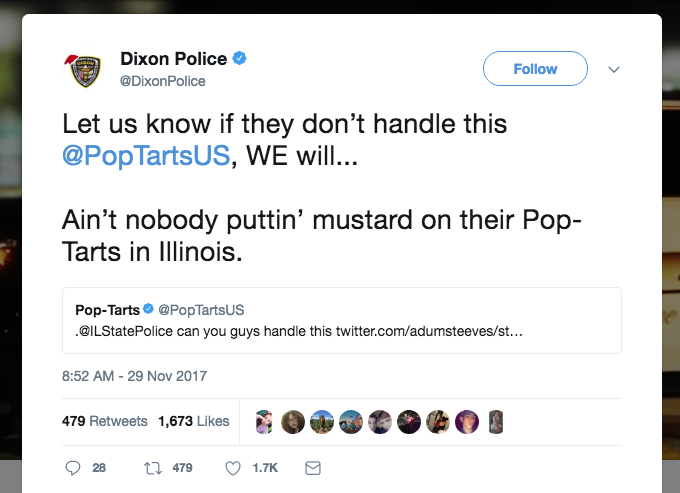