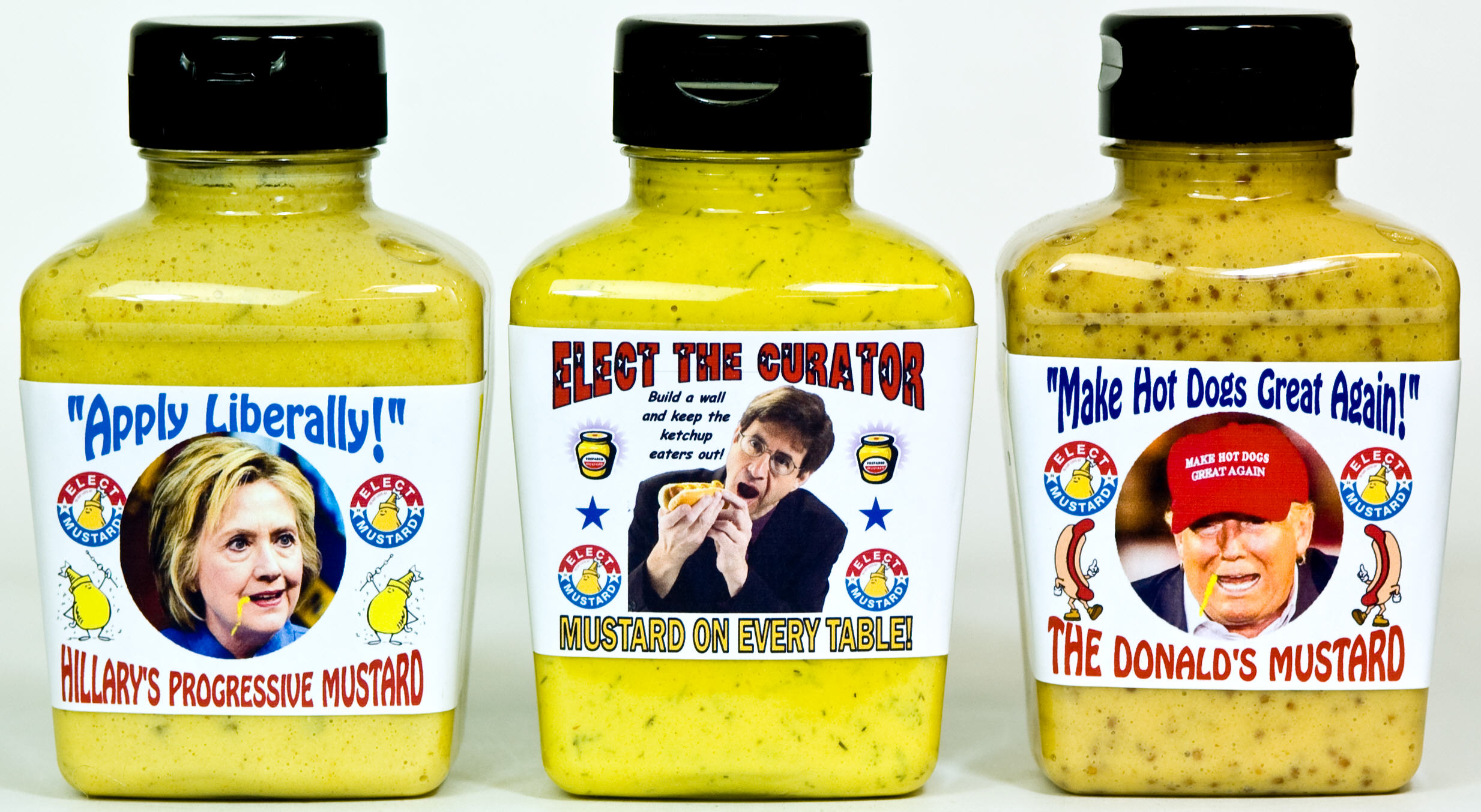 With the most recent polls showing Hillary mustard with a razor thin lead over The Donald’s (50.3% to 49.3%), the Curator as of Monday, came in third with 0.4%. Obviously, there’s a lot of stone ground to make up.

But we heard you, and we listened. Many mustard lovers said, “What about the third party candidates? Don’t they deserve a mustard?” Good point! They do. But therein lies the problem: there are dozens of third party candidates on the ballots of many states. There’s Gary Johnson (Libertarian Party), Jill Stein (Green Party) — many of you have heard of them — but there’s also Darrell Castle (Constitution Party), Emido Soltysik (Socialist Party), Jim Hedges (Prohibition Party), Rod Silva (Nutrition Party), and hundreds of others.

Enter the Curator. After polling the Museum’s Confidential Condiment Counselors, it was decided the third option would be the Curator’s “Mustard on Every Table” mustard. True, the Curator did preface the voting with “Who wants to get paid this week?” but, really, no one can doubt the integrity of the Mustard Museum staff.

The Curator says he’ll build a wall to keep the ketchup outers out — and he’ll get Heinz to pay for it. Several flavors are available but the default flavor is mesquite beer.